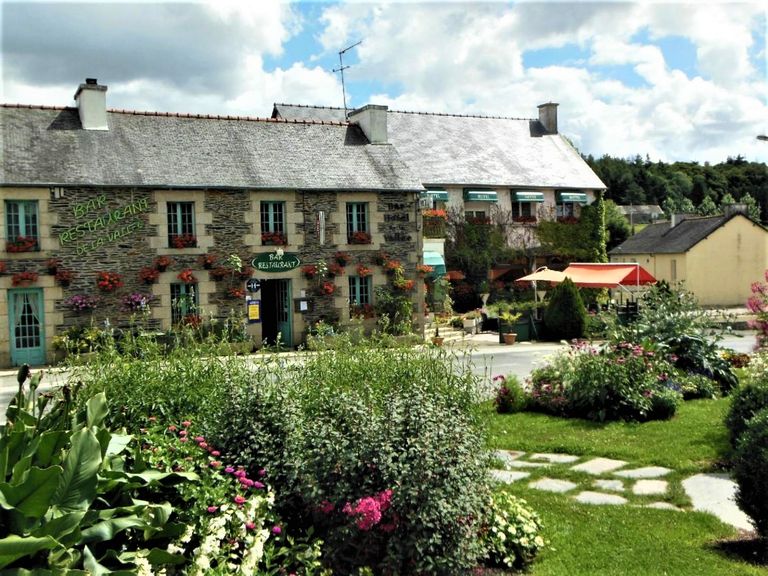 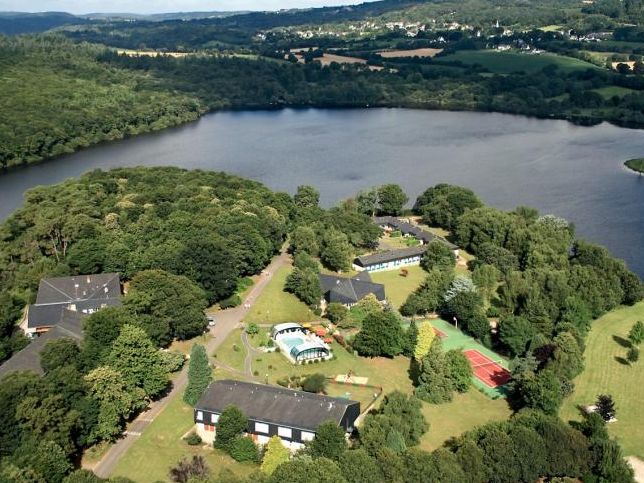 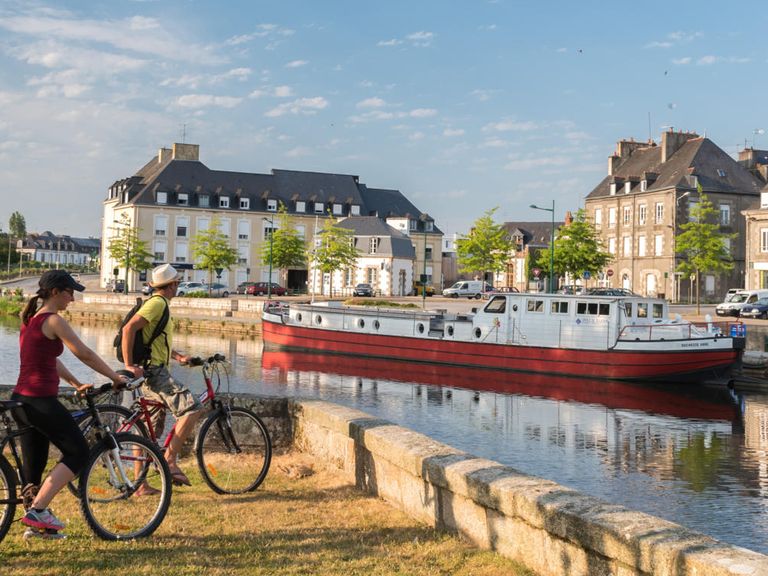 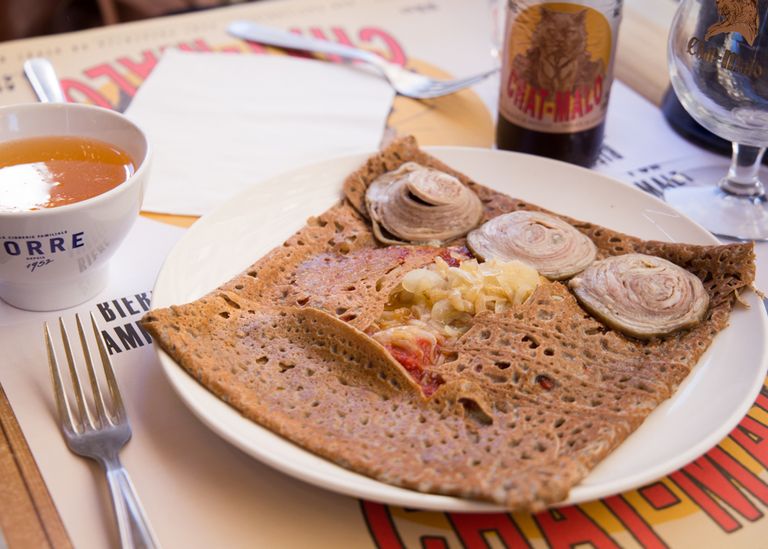 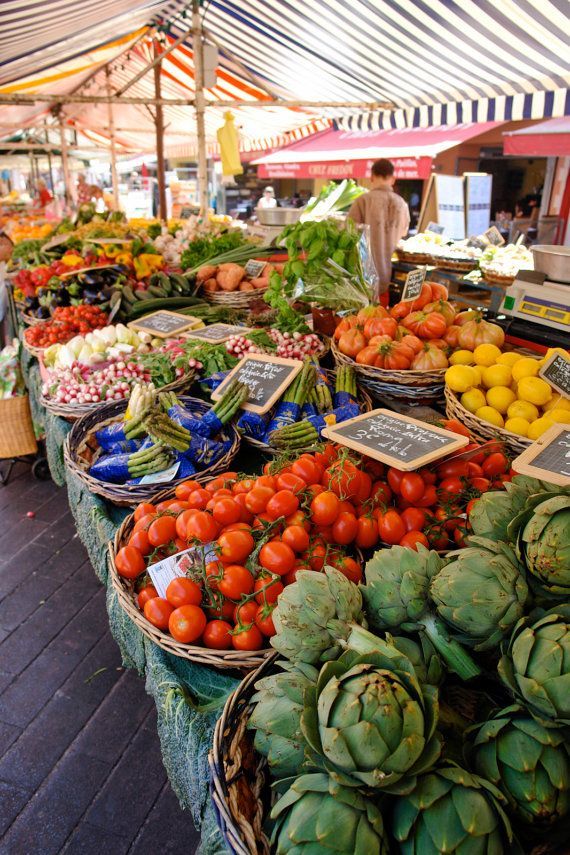 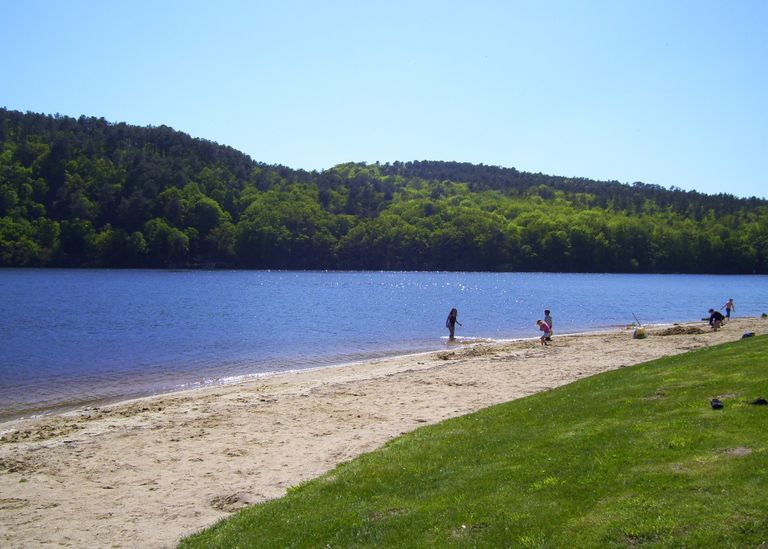 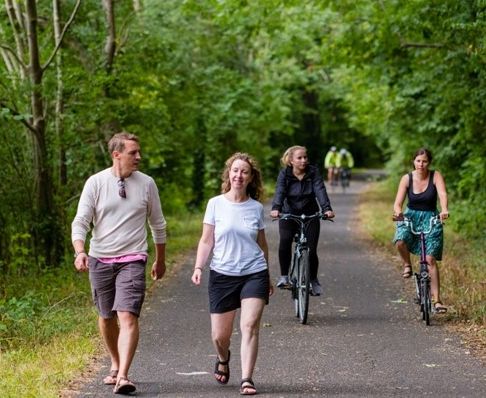 There are numerous walks, trails and routes through wonderful countryside and villages, around lakes and along former railway track-beds.  The country lanes are exceptionally quiet making walking and cycling around the area pleasurable.

The delightful Nantes-Brest Canal (15 minutes) offers easy cycling and walking along the towpath.

To view a video of the Nantes-Brest Canal CLICK HERE

For Guided Walks the Maison du Patronomie at Locarn offers Nature Walks from June to September.

For keen cyclists you can try out one of the most challenging sections of the Tour de France 2018, by cycling up the "Mur" - the steep hill on the D767 from Mur de Bretagne towards Corlay.

The Rigole d'Hilvern starts at the Lac de Bosméléac (20 minutes away by car). It is part of the Voie 8 which runs from Saint Brieuc to Lorient. It is ideal for walking, cycling or horse riding.

www.cycling.brittanytourism.com  has 10 great ideas for cycling in Brittany.

www.freewheelingfrance.com  has maps of various cycling routes in Brittany.

www.velodyssey.com  1200km cycle route along the Atlantic Coast of Brittany. Start off in UK, get off at Roscoff and follow the Velodyssey cycle routes all the way down to Hendaye in the Basque region. The route nearest to Le Boterff is from Bon Repos along the old railway track bed to Mur de Bretagne, and then along the Nantes-Brest Canal to Pontivy. 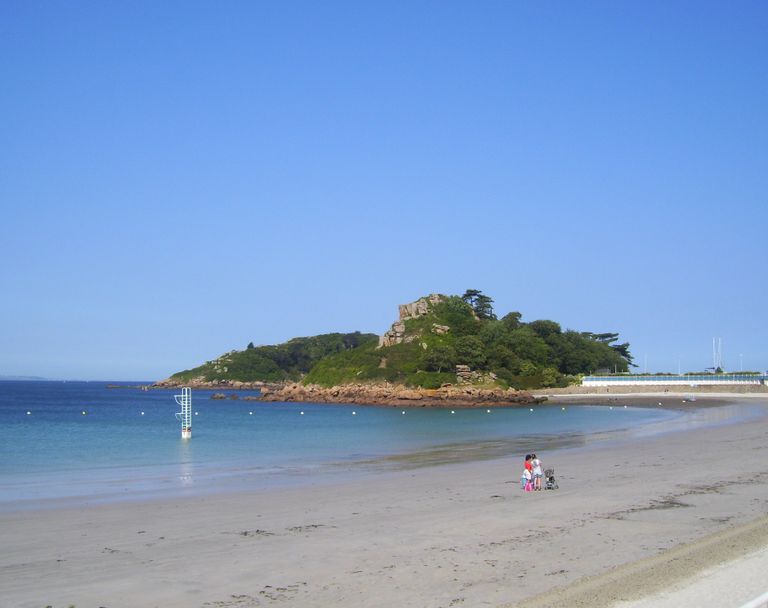 On the North Coast you  can choose between the ruggedness of the Pink Granite and the Emerald Coast or holiday resorts with sandy beaches in Saint Brieuc Bay such as Binic,
St. Quay Portrieux and Pléneuf Val André.

To view a video of Saint Brieuc Bay see the links below.

On the South Coast there are many sandy beaches including Guidel Plage, Larmor Plage, Carnac Plage, and Quiberon.

Historic coastal towns and ports such as Dinard, Saint-Malo, Concarneau and Paimpol are all easily reached.

Around Brittany's rugged coastline there are many islands (some are inhabited and can be visited by regular boat serviced) and wonderful historic lighthouses.

The Golfe du Morbihan is a natural harbour and inland sea covering about 40 square kilometers between Vannes and Auray.  It is exceptionally beautiful and a wonderful area for sailing and watersports. 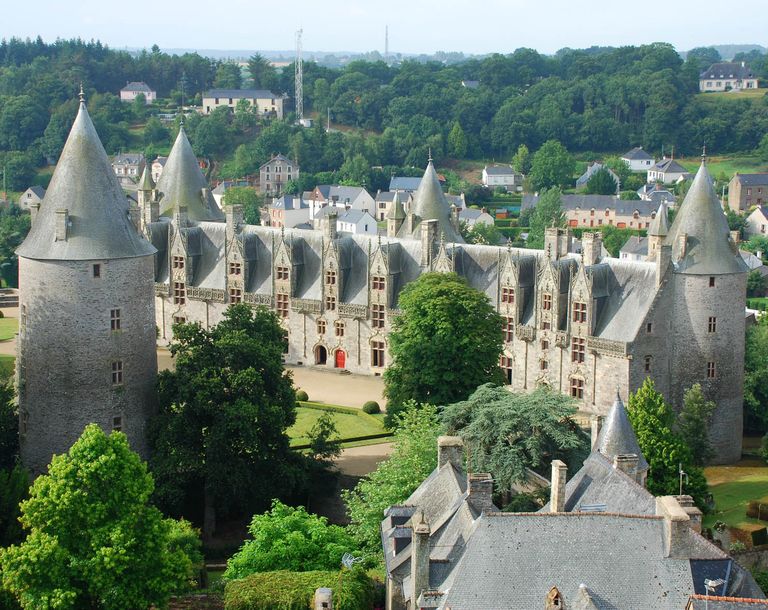 Brittany has a wealth of historic towns and villages with superbly preserved medieval buildings. Locally, Pontivy, Quintin, Rostrenen and Saint Brieuc all have historic quarters.  There are castles at Pontivy and Corlay.

The Medieval towns of Moncontour, Dinan,  Josselin, Quimper and Vannes are superbly preserved historic gems and should not be missed.

The Abbey de Bon Repos near Saint Gelven (20 minutes) is a partly restored 12th Century Cistercian Abbey.  Each Summer in late July / August there is a spectacular extravaganza depicting the history of Brittany.

To view a video of the Spectacular at Bon Repos see the links below.

Beauport Abbey, near Paimpol is a partly ruined abbey of immense charm and tranquility in a superb coastal setting.

The Chateau de La Roche Jagu has a superb location on a high promentary overlooking the river estuary.  It also has lovely gardens to visit.  The Chateaux at Trévarez and Combourg are well worth visiting.

There are many Castles and Coastal defences, such as Fort La Latte and Port Louis.

There are several ancient monuments in the region to be discovered, most notably the prehistoric Megaliths (standing stones) at Carnac.

There are numerous fascinating museums around Brittany, reflecting many aspects of Breton life, culture and maritime history.  The Submarine Base at Lorient and Poul Fetan, the "living village" museum of Breton life are just two examples. 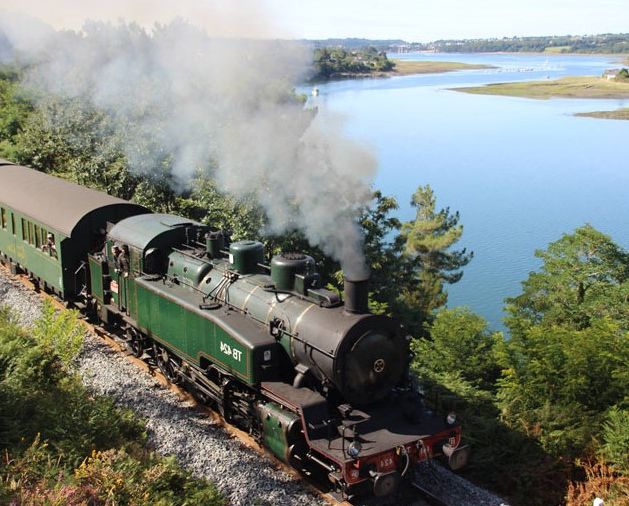 The Trieux Steam Railway runs between Paimpol and Pontrieux through stunning scenery along the River Trieux.  The Guerlédan Railway (20 minutes) is in the the process of restoration and development.  Visitors are welcome to take a ride and enthusiasts are welcome to lend a hand!

Cinemas, Concert Venues and Other Entertainments

There are cinemas at Saint Brieuc, Pontivy, Loudéac, Rostrenen and Quintin.  Films in English (with French sub-titles) are regularly shown in Saint Brieuc.

Large concert / performance venues can be found at Pontivy and Saint Brieuc.

There are many Summer Festivals celebrating Breton Music, Culture and its maritime history.

Most towns and villages have their own Salles de Fetes where local events are regularly held.

A Selection of Other Nearby Attractions / Activities 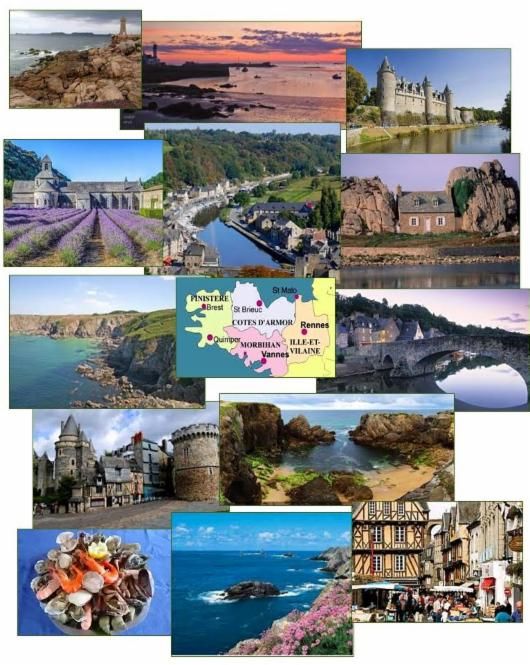 Brittany is one of France's most rugged regions and is a fascinating mix of spectacular coastline, superb beaches, rolling countryside, ancient towns, magical islands and inland woods.  It is a land rich in Culture, Tradition and History. Most roads around the region are quiet, so driving around is a much more relaxed and pleasurable experience.

When you journey through Brittany you'll discover a people whose language, customs and dress are a vivid reminder of their Celtic heritage.  There is so much to see and do in Brittany for all ages there is never enough time to do it all!

A Selection of Videos

The Spirit of Brittany
(From Brittany Ferries)